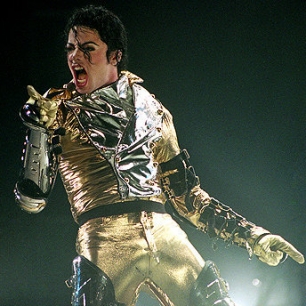 Last night was one of those nights. Where the dreams were intense and the spirit guides were busy giving lessons. One dream, oddly enough had Michael Jackson in it. I supposed it was because of his recent death.

In the dream, Michael was working behind a sales counter. A customer came in and threw a brick at him. The brick knocked him to the ground. Another customer came in, picked up the brick and threw it again. Michael hit the wall, then fell to the floor. This went on for a while, customer after customer, until he succumbed to his injuries, rising up as a spirit.

I picked up the brick to examine it. Lodged in its backside were gold nuggets. The gold nuggets represented each blow that had hit him. I noticed that the crevices and nuggets in the brick had formed a map. I handed it to Michael’s spirit, then said, “Your life’s experiences have created a treasure map to be used in the next life.”

A question was raised today by my hairdresser: “Do you think everyone will go to heaven? Even the murderers?”

We are not our bodies, thoughts or actions, which are part of a temporary world and not eternal. Our spirits are eternal and have never stopped being perfect. Our spirits have never lost their connection to their divine source. So, the question, “Will everyone go to heaven?” can be answered by simply saying, “We have never left.”